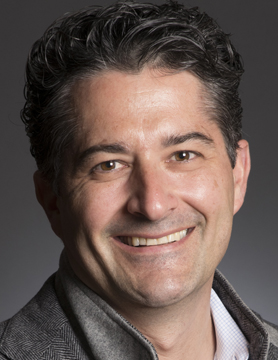 Aymeric founded NanoDimension in 2002. He discovered the nanotechnology world while conducting research between the Physics and Chemistry departments of EPFL in the 90’s. He was convinced that significant breakthroughs would arise at the nanoscale and extensive expertise would be required to differentiate science from science fiction. This was the foundation of NanoDimension. Following the raise of the first ND partnership, Aymeric realized that despite great science in Europe, the US was offering better investment opportunities. As a consequence, he has been commuting between Switzerland and Boston/ Silicon Valley since 2007. Prior to NanoDimension, Aymeric was a strategy consultant with Bain & Company.

Aymeric is an elected member of the World Economic Forum’s “Young Global Leaders” Class of 2013 and the Swiss Academy of Engineering Sciences (2016). He received the “2007 NSTI Fellow Award” and “2012 EPFL Alumni” award.

Aymeric holds a Masters in Physical Engineering from EPFL where he is still an active member of the SAB and Chairman of the alumni association.