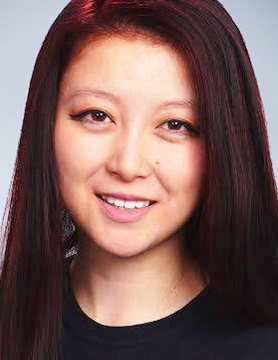 Christina Qi serves as Founding Partner at Domeyard LP, among the longest running HFT hedge funds in the world, and CEO of Elisify, decreasing the barrier to data. She started Domeyard 8 years ago with $1000 in savings. Domeyard trades up to $1 billion USD per day. Her company’s story has been featured on the front page of Forbes and Nikkei, and quoted in the Wall Street Journal, Bloomberg, CNN, NBC, and the Financial Times. Christina is a contributor to the World Economic Forum’s research on AI in finance. She is a visiting lecturer at MIT, including Nobel Laureate Robert Merton’s “Retirement Finance” class since 2014, and and alongside President Emerita Susan Hockfield and Dean David Schmittlein in 2019. Christina teaches Domeyard’s case study at Harvard Business School and other universities.

Christina was elected as a Member of the MIT Corporation, MIT’s Board of Trustees. She was elected Co-Chair of the Board of Invest in Girls in 2019. Christina also sits on the Board of Directors of The Financial Executives Alliance (FEA) Hedge Fund Group, drives entrepreneurship efforts at the MIT Sloan Boston Alumni Association (MIT SBAA), and serves on U.S. Non-Profit Boards Committee of 100 Women in Finance. Her work in finance earned her a spot on the Forbes 30 Under 30 and Boston Business Journal 40 Under 40 lists. She holds an S.B. in Management Science from MIT and is a CAIA Charterholder.