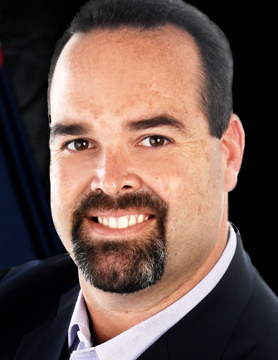 Eric Bush, JP started his career straight out of University by joining the Royal Cayman Islands Police Service (RCIPS). Having achieved the “Best Academic Recruit”, Eric was then posted to the George Town Police Station, the Islands’ capital and headquarters for the Police.

During his years in the police, Eric served on Uniformed Patrol, the Uniform Support Group (the armed section of the RCIPS) and the Financial Crimes Unit. Eric was awarded a Commissioner’s Commendation for his work which lead to the conviction of high level government officials in another Overseas Territory.

Having served a number of years on the RCIPS and reaching the rank of Sergeant, Eric decided to venture into the private sector, first in the hospitality and hotel industry and then with the Cayman Islands’ National Flag carrier, Cayman Airways. Both where he served as Senior Manager in Human Resources. Public Service, being deeply imbedded in his DNA, Eric returned to central government in the Cayman Islands as Deputy Chief Officer in the Portfolio of Internal and External Affairs, specifically responsible for the uniform services. After a number of years serving as Deputy, Eric was promoted to Chief Officer of the Portfolio of Internal and External Affairs, which then became the Ministry of Home Affairs in 2013. The Ministry of Home Affairs is the largest Ministry within the Cayman Islands Government, with responsibility for over 1000 employees and 10 different departments, spanning from Police to Computer Services. With almost 10 years serving as Deputy and Chief Officer, Eric requested a transfer to become the Cayman Islands Representative to the United Kingdom and the European Union. On July 1 st , Eric and his family moved to London in July 2016 where he started his 3 year posting.

Eric Bush is now Chief Officer of the new Ministry of International Trade, Aviation and Maritime Affairs, with the responsibility of all overseas offices including the opening of the new Cayman Islands Government Office in Hong Kong in September 2019.