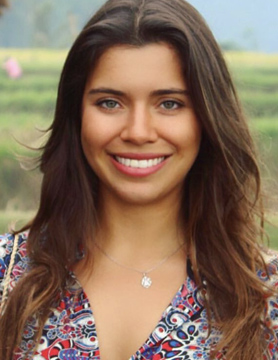 Has been working since 2015 at Wright Capital Wealth Management with legal matters, estate and succession planning and social impact. Before joining Wright Capital, of which she is now a partner, she worked at Geekie, a social impact start-up focused on education. She is a lawyer, having graduated from Fundação Getulio Vargas in São Paulo, and has completed extension courses in Private International Law from The Hague Academy of International Law and in French and European Culture, Lettres et Civilisations from the University of Paris-Sorbonne. She is a Board member at Dos Anjos. She is the author of the article “Shareholder Agreements in Publicly Traded Companies: A comparison between U.S. and Brazil” (Brazilian Journal of International Law 2015) and is the founder of CEJUR, a junior enterprise from the law course at FGV Law SP. She also volunteered for different philanthropic projects and NGOs, is pro bono lawyer at the Grupo Juridico das Empresas B in Brazil, member of the Instituto Formação de Líderes (IFL-SP) and member of Base Colaborativa. She has the CFP certification.