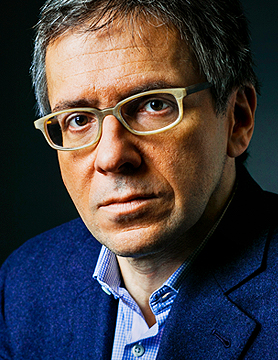 Ian Bremmer is the president and founder of Eurasia Group, the leading global political risk research and consulting firm. He is also the president and founder of GZERO Media, a Eurasia Group company dedicated to helping a broad, global audience make sense of today’s leaderless world. Ian is a prolific thought leader, author and noted lecturer, regularly expressing his views on political issues in public speeches, television appearances, and top publications. Dubbed the “rising guru” in the field of political risk by The Economist, he teaches classes on the discipline as a professor at New York University and is a Foreign Affairs Columnist and Editor at Large for Time magazine.

He is the author of several books, including the national bestsellers, Every Nation for Itself: Winners and Losers in a G-Zero World and The End of the Free Market: Who Wins the War Between States and Corporations? and Superpower: Three Choices for America’s Role in the World. His latest book, Us vs. Them: The Failure of Globalism, is a New York Times bestseller. Find him on Facebook, LinkedIn and Twitter @IanBremmer.