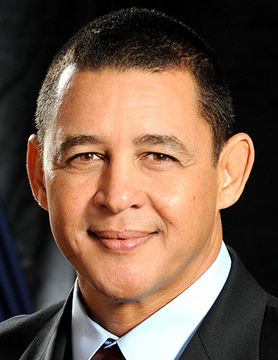 Former Managing Director and Chief Operations Officer of his family’s group of companies, that include Hew’s Hotel & Restaurant Supplies, Macdonald’s, the Office Bar, and Hew’s Janitorial, and co-owner of Bon Vivant Kitchen studio along with his wife Cynthia, Joseph “Joey” Hew brings a wealth of successful business experience to public life.

In 2013 he sought office as a George Town candidate under the banner of the Progressives and in winning his seat was named Councillor to the Ministry of District Administration, Tourism and Transport. In the May 2017 elections Mr. Hew was successful once again winning his seat as the representative for George Town North and currently holds the office of Minister with the responsibility for Commerce, Planning, and Infrastructure.