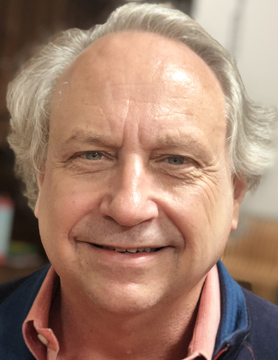 Rodney Brooks has worked in robotics and Artificial Intelligence since the 1970s. He is the Panasonic Professor of Robotics (emeritus) at MIT, and since 1984 he has co-founded seven Silicon Valley and Boston based startups, including iRobot in 1990 and Rethink Robotics in 2008. His current company, Robust.Ai, based in Palo Alto, is building industrial grade Ai-based software to give robots the sort of common sense that everyone assumes all people have. Brooks received undergraduate and Masters degrees in pure mathematics and then AI in Australia, and a PhD in computer science and AI from Stanford in 1981. He held research positions at Carnegie Mellon and MIT, then was a member of the faculty at Stanford, and then a faculty member at MIT from 1984 until 2010. He became the director of the MIT AI Lab in 1997, and then formed the MIT Computer Science and Artificial Intelligence Lab (CSAIL) in 2003 and directed it until 2007. Then and now CSAIL is the largest lab at MIT, by all measures (faculty, researchers, graduate students, research dollars, etc.). At various times he has been a long term advisor to John Deere, Toyota, Nokia Bell Labs, and the US National Institute of Standards and Technology. He is a member of the US National Academy of Engineering, and an elected Fellow of seven other academies, institutes and associations. @rodneyabrooks, rodneybrooks.com/blog.