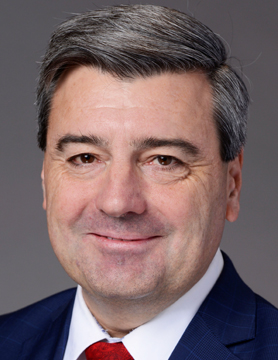 Stephen is the Executive Director of Capital Markets for the Government of Alberta and heads the Capital Markets Branch responsible for the development and execution of the Province of Alberta’s Global Funding programme. Stephen oversees annual borrowings and develops debt management strategies for the Province’s debt portfolio. Stephen also oversees development of investment strategy and investment policy for the Province’s $18 billion Heritage Fund and other provincial endowments with AUM totally over $28 billion. He advises government on the use of the Provincial credit and manages relationships with the global capital markets and investor communities.